Category — Financial Statements
Liabilities are the existing responsibility of a company that arises from past events and whose resolution results in the outflow from the organization of resources containing economic benefits. This definition of liabilities is provided in IAS 37 Provisions, Contingent Liabilities and Contingent Assets.

Liabilities, in addition to assets and equity, are some of the most important sections of the balance sheet that characterize the financial position of the company. They reflect all debt obligations of the issuer to creditors. Liabilities, along with capital, are one of the sources of financing for the company’s assets.

The maturity of the liabilities is divided into short-term (current) and long-term. 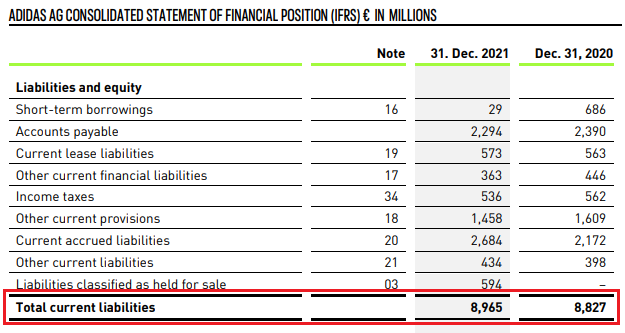