Category — Financial Statements
Liquidity ratios are financial indicators that characterize the company’s ability to fulfill its current liabilities to creditors in a timely manner and in full.

The table below shows the liquidity ratios that are most often used in financial analysis.

The absolute liquidity ratio shows what part of the issuer’s short-term liabilities can be repaid immediately at the expense of highly liquid assets.

The indicator of quick liquidity reflects the ability to repay short-term liabilities through the sale of liquid assets. It should be noted that the quick liquidity ratio can also be calculated as (Current Assets – Inventories) / Current Liabilities.

The current liquidity ratio, in turn, provides an overall assessment of the company’s liquidity and shows how many rubles of the organization’s current assets account for one ruble of its short-term liabilities.

To date, there are no universally binding normative values for these coefficients in the world. However, in world practice, for example, values of the current liquidity ratio from 1.5 to 2.5 are considered optimal and may vary depending on the issuer’s industry. Values that are too low (below 1) indicate a risk that the company cannot repay its current liabilities on time, and values that are too high (from 3 and above) indicate an irrational asset structure. 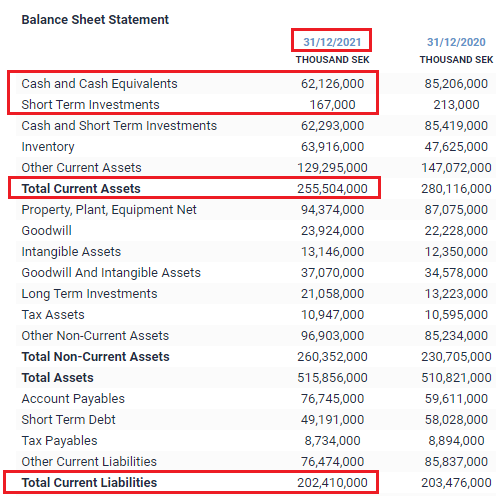