Category — Financial Statements
Assets are resources controlled by an entity as a result of past events and from which future economic benefits are expected.

The main international standards that regulate the procedure for accounting for a company’s assets today are:

In IFRS reporting, companies reflect assets on the statement of financial position and divide them into two broad categories: non-current assets and current assets. The table below shows the structure of the organization’s assets, which is reflected in the IFRS financial statements. 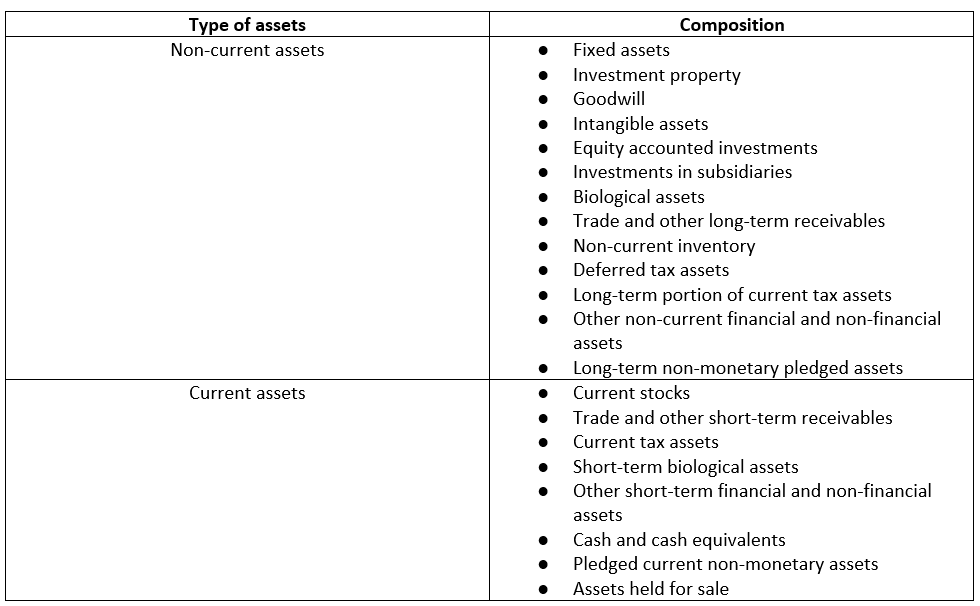 In reporting prepared according to national standards (for example, RAS), assets are reflected in the balance sheet of the organization, for example, as the issuer AFK Sistema.

When analyzing assets, they can be ranked according to the level of their liquidity, i.e., the ability to turn into cash, from the most liquid (cash on hand, on current accounts, short-term investments, current receivables) to less liquid (long-term investments, stocks, fixed assets, etc.)